I’ll attempt in one paragraph to sum up my life and racing since my last blog post 5 months ago…. Ready, Go! 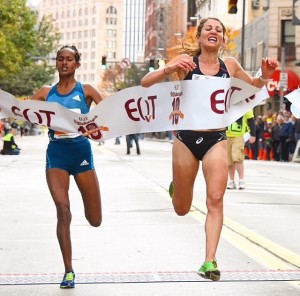 After my appendix rupture and taking two weeks completely off of running, I started back training with a shuffle that eventually became a jog and then what I would consider a “run”. However, the further I pushed the envelope, I was surprised how easily the training started coming back, and I ended up PRing in the 10k at the Tufts 10k (32:13) just 2 months after surgery. That sparked some more PRs (12k and half marathon) during my Fall race binge, along with a fun win at the Pittsburgh 10-mile in November. I capped off the 2014 year with a 2nd place finish in the USA Running Circuit series and a win at the Dallas Half Marathon, finishing off the most fun year I’ve had as a professional thus far!  We also hosted our first ever Hall Running Retreat in the wine country where I grew up, which exceeded our expectations and we hope to find time to do another sometime soon!

At the end of 2014 Ryan and I headed back to Addis Ababa, Ethiopia to start our marathon training in the thin air (and summer!) of 9,000 ft. elevation. Spending time here is just as much about the experience for us as it is the training, and I find I 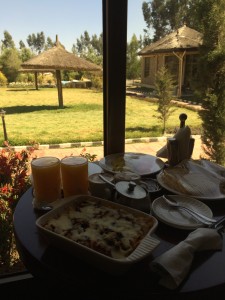 The view from my room in Yaya Village, Addis Ababa. Yes, I eat lasagna for breakfast when marathon training.  Anything is fair game!

always gain refreshed perspectives and motivation from being there. This last trip, one thing that God was speaking to me about was areas in my life where entitlement has crept in. I won’t bore you with the typical “I went to Africa and realized how many material things and comforts I take for granted in the US” speech as I’m sure you’ve heard it all before, though I am reminded of it every time I come here. But it was more entitlement as it relates to running that I found myself becoming aware of in how it has subtly slipped into my perspective as an American runner.

When you spend time in Kenya and Ethiopia, you see hundreds of runners every morning killing themselves in training, hoping for a lucky chance or opportune break to race outside their country and make some prize money. They are motivated by generational extreme poverty and lack of other opportunities besides running. They have no gear sponsor, often their shoes are falling apart at the seams, they likely have just enough food to fill their bellies, let alone focusing on the nutritional components. It is inspiring, yet sad at the same time, knowing that realistically the majority of them will never have the chance to make money from running simply because of the vast number of runners doing the very same thing with only a small handful rising to the top.

Now, I realize that right now it isn’t easy even as an American distance runner to make a living full-time through running. Yet we in the US do all have more access to opportunities and support, and worse case scenario, can secure good jobs outside the sport, whereas in these areas that is not usually the case, running is the only option. I am very grateful for the opportunities and support I’ve been given to pursue my career full-time, yet I find that it is easy to lose sight of it and for entitlement to creep in. 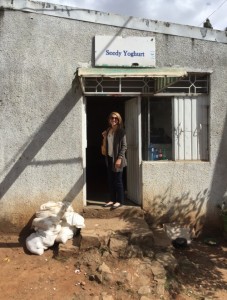 Likely where I got sick. Hilarious that we have a photo of it and that the place is called “Seedy”- I was asking for it! To my defense, it is where all the local runners go after training…

Recently as I competed in the US half marathon championships at the Houston half marathon. I was excited about my fitness, but right before leaving Ethiopia and flying to Houston I ate something bad and came down with a nasty bacterial infection, such that I thought about skipping the race altogether. In the end, I managed a good race, coming in 4th in 70:50 which I was initially very happy about considering the circumstances. But it wasn’t long before those little voices crept in saying “man, when will I catch a break? First the appendix, now this, I just want to be able to run the race I’m capable of!” It took a bit for me to realize that, although there was truth in that, there was also a good helping of entitlement as well. I am not entitled to have every race go as planned and run exactly what my fitness is capable of. It is by God’s grace that I have the opportunities that I have. Sure, when you work hard you want to reap the reward for that hard work. But what about the Ethiopian athletes, working just as hard as me, if not harder? They would kill for the opportunity to come to Houston and run the half. If they won the same prize money I did it would feed their family for a year. 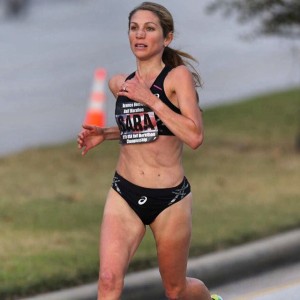 Holding it together at Houston Half Marathon

Now I am not about to become complacent about my running performances. But rather than feeling entitled to having everything go perfectly my way, I am trying to focus on being grateful for the opportunities I do have and what I do achieve. In this sport, there will always be something greater out there to achieve and there’s a healthy (or unhealthy) discontent in the process. But I’m hoping it’s possible to have an awareness and gratefulness in the process at the same time that I am constantly pushing myself to greater levels. And remembering the athletes I see training in Ethiopia gives me motivation not to overlook a race as “less important” but to take advantage of every opportunity, because each one is an undeserved blessing.

Well that’s enough of my soap box, in other news, I am running my first marathon at the ASICS LA Marathon! Speaking of gratefulness, I have been incredibly grateful to have enjoyed nearly every moment of the training and buildup for this race. When I first decided to run the marathon, I expected it to be this miserable grind of a process, peeling myself out of bed to trudge through the miles every day, but it has been quite the opposite. I feel like an over-eager newbie, energized by the constant satisfaction of running bigger workouts and more mileage than I ever have before and feeling like my body is absorbing it like a sponge. I have been waking up the morning of my hard workouts giddily excited as if it was race day, not thinking about the pain I’ll be going through at the end of 24 miles at altitude, but looking forward to the fun of challenging myself. I don’t know what race day will hold for me, but I do know that I poured my heart and soul into the process and I hope to wake up with the same deep gratitude and giddy smile on my face as I have during training and fully take advantage of an amazing opportunity! I also qualified for my 4th  World Cross Country Championship team to compete in Guyang, China the end of March, and I hope my marathon strength carries over to representing the US well there! 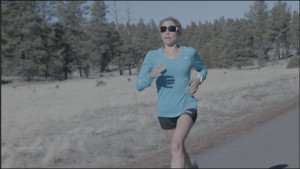 Grinding away on Lake Mary Rd. in Flagstaff, a marathoner’s playground

Lastly, I am committing my race at the LA Marathon to bringing clean water to people in Ethiopia.  Clean water decreases infant mortality 50%, allows young girls to go to school instead of fetching water, and increases life expectancy 10 years.  I can’t think of a better use of $50 than to bring clean water to one person and change their life! For every person you fund, Ryan and I will also fund until we reach our goal! teamworldvision.org/team/hall 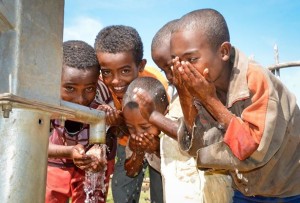 Can you imagine drinking muddy water from a pond? I can’t. No one should have to. It’s $50.